Description of Cog:
I have seen this bot from the Discord Testers server and it seems to be a good XP giving and store buying bot.
Considering it’s already on github it could be easy to make? 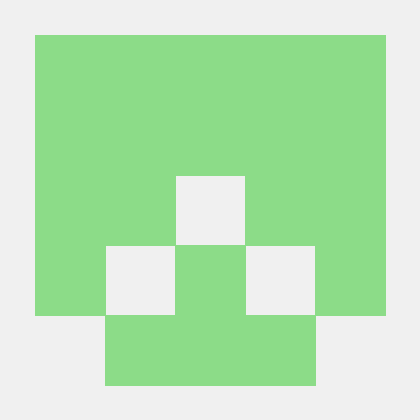 bot to make announcements in DTesters. Contribute to JaredRNeal/announceBot development by creating an account on GitHub.

If you do decide to go with Stevy’s leveler at least, be sure to give his readme a read, it has some important notes for that cog.

Thanks will have to take a look at all them. Mainly looking for something that has large possibilities for giving points.

Do you know if any of these cogs are close to this type of functionality? (Sorry don’t have time to check out the cogs until later)

Oh, that is… very different from what your first post described. None of my suggestions match that functionality, nor is there such a cog that does that. Perhaps you could give some examples and details of what announceBot does and I can give better suggestions?

As for porting over that code from github, it looks like announceBot uses a completely different library to interact with Discord than what Red uses, so barring the initial issue of taking code from another project, it wouldn’t be so easy to port that code over to Red.

I’m not too sure how announceBot works as I can only see the user side. What I can see it does is awards XP when a report for a bug (reporting and approving uses a different bot) is approved and when people approve a report. It also runs a store.

What I would like the bot to do is reward XP in 2 situations:
1.(a) When someone submits an event (could be using [p]create using an event bot) gets @Event role if they don’t already have it and some XP

2.(a) When someone verifies someone using [p]verify (we got this covered using a different cog) the verifier gets an @Approver role and some XP

If you want a setup as specific as that, then it’ll take some coding, yeah. The closest for giving XP is still Stevy’s cog, which provides XP based on server activity rather than specific actions such as announceBot’s settings.

As for announceBot’s store, is the currency you use to buy things the XP you get from those events? What kinds of things are you looking to let your bot users buy?

Yeah so the currency to buy things is with the XP that is earnt from events and verifying. Things to buy could be like cheap temporary roles and expensive permanent roles, changing their nickname, changing others nicknames, physical items. Although since our server is not large this could all be done manually.

I see. Well, Kowlin’s buyrole cog lets you buy roles. I haven’t used Redjumpman’s shop cog, but there’s no harm in trying it out. However, both these cogs use Red’s Economy cog (the one with the credits and the slot machine) rather than XP. irdumb’s economytrickle cog will give credits to active users, though.

Alternatively, looking through Stevy’s leveler, that has built-in support for adding roles based on levels you gain via XP. However, you don’t pay for those roles. You can still override someone’s level manually, however.

That’s about all I know about those cogs, but if you think those should be good for your usage feel free to ask about these cogs in the 3rd party cog server. If you want more functionality than these can provide, though, you’ll have to either do it manually or have you or someone code it up.